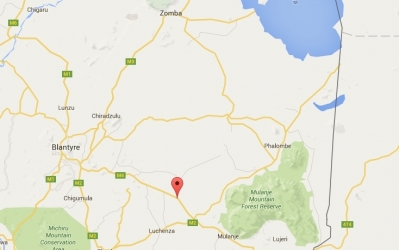 On Saturday I took a trip to the further reaches of the district to visit Thuchila a Dignitas’ Teen Club. It is one of currently 32 such Teen Clubs run by Dignitas. There are several more planned. The project has seen remarkable growth since the first the first one was established at Tisungane in 2010. Driving past a very busy street where people had gathered for Saturday market we veered left through this crowd 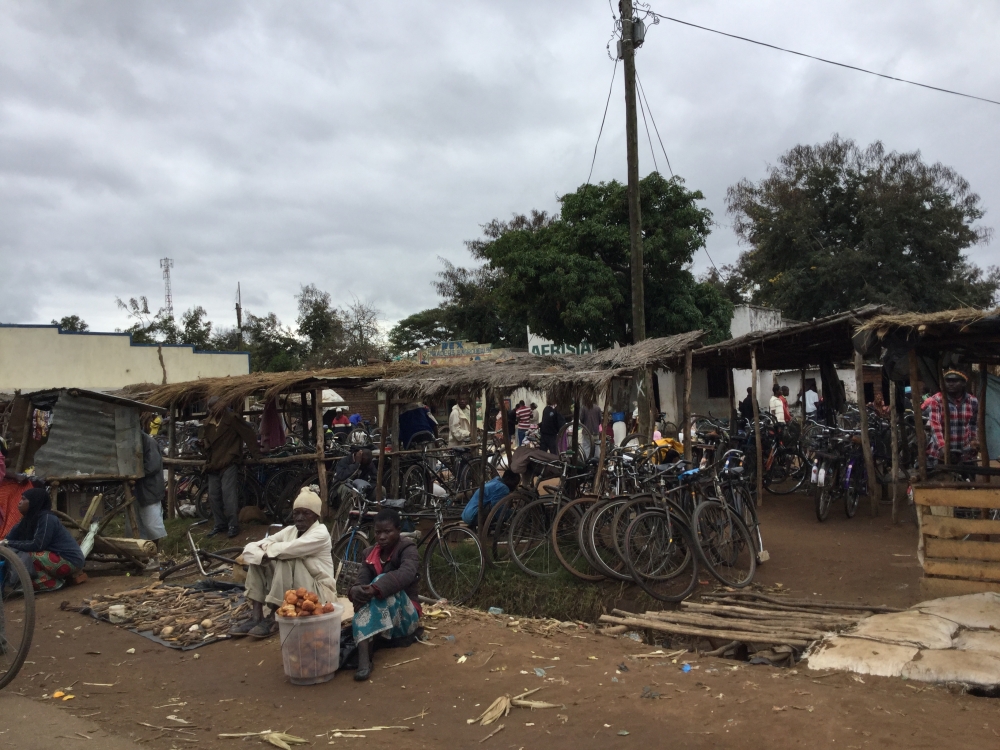 and made our way to the clinic 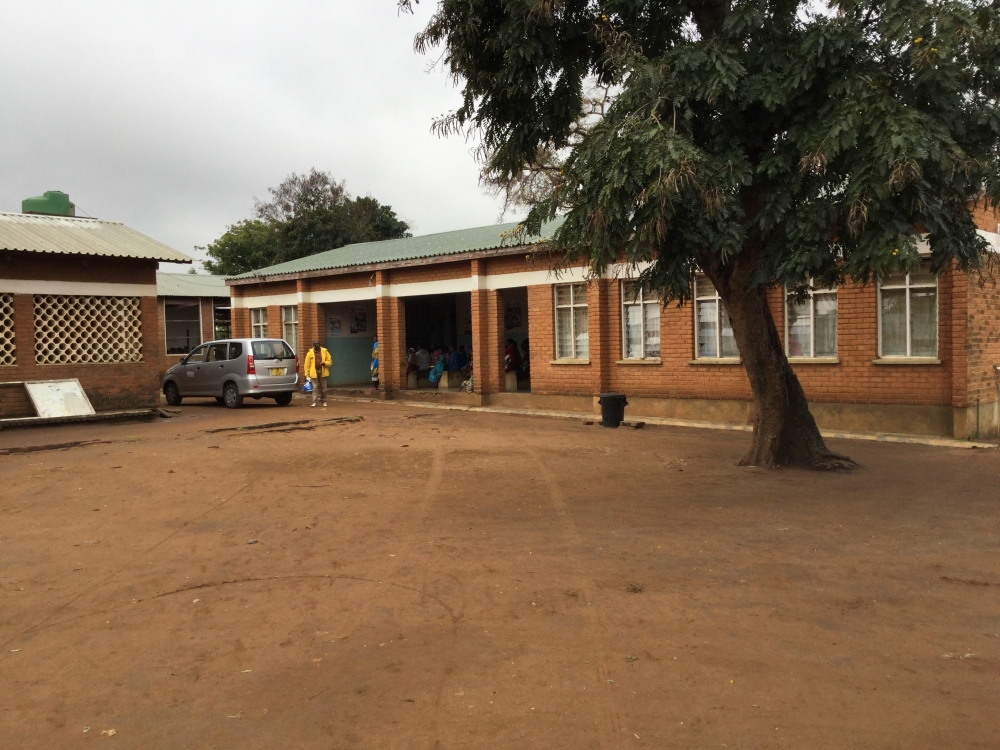 The Teen Club concept arose from a realization that for teenagers transitioning between childhood and adulthood, becoming infected with HIV is a particularly difficult prospect. Not unlike any other teenager anywhere else in the world, there is a heightened risk to feel excluded, withdraw and isolate oneself. Teens are at a far greater risk to not seek treatment or drop off of treatment once started. The concept of Teen Club was to provide a safe space for these kids, to get treated and ensure there health is optimized and spend some time tending to there emotional needs at a critical time in ones life, where establishing peer relationships is particularly important . Under the direction of Brave Nyierenda 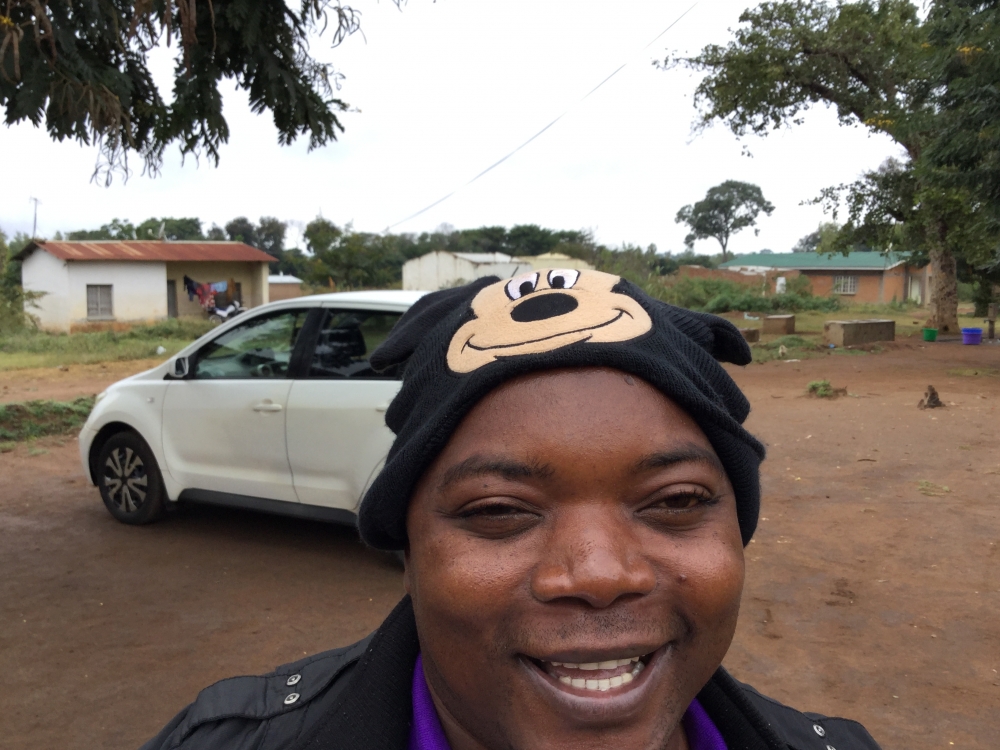 a clinic is run every four weeks at each of the administered sites. Several Toronto area schools have done annual “Spin-a-thons" to support this program in Malawi.  Teens showing solidarity around the world.

Upon arrival at 9:00, I met Brave and asked him to explain the Teen Club concept to me. Have a look: 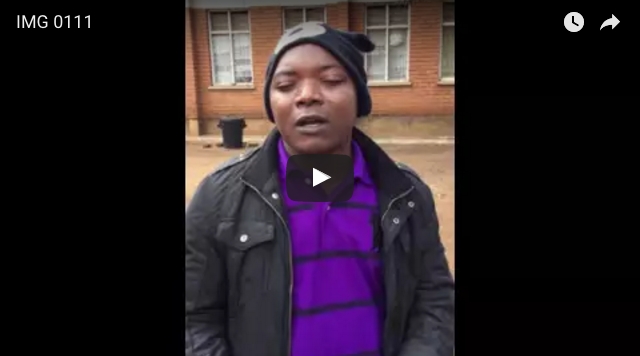 The Teen clubs run essentially on Saturdays so as not to have the kids miss school (and have to explain their absence, leading to further stigma). The kids range from age 10 -19. All are HIV+ve and as a condition of participating, all of these kids need to have full disclosure. They are all aware of their diagnosis, its implications, what they are taking and why. The sessions run from 9 until 12 and consist of three components:

1- The Teen clinic, which is essentially the medical stuff. Bloodwork, drug dispensation and screening for any acute illness. Brave’s assistant Felix and a young  volunteer in the Peace Corp named Lauren from Colorado were remarkably efficient as they went along. 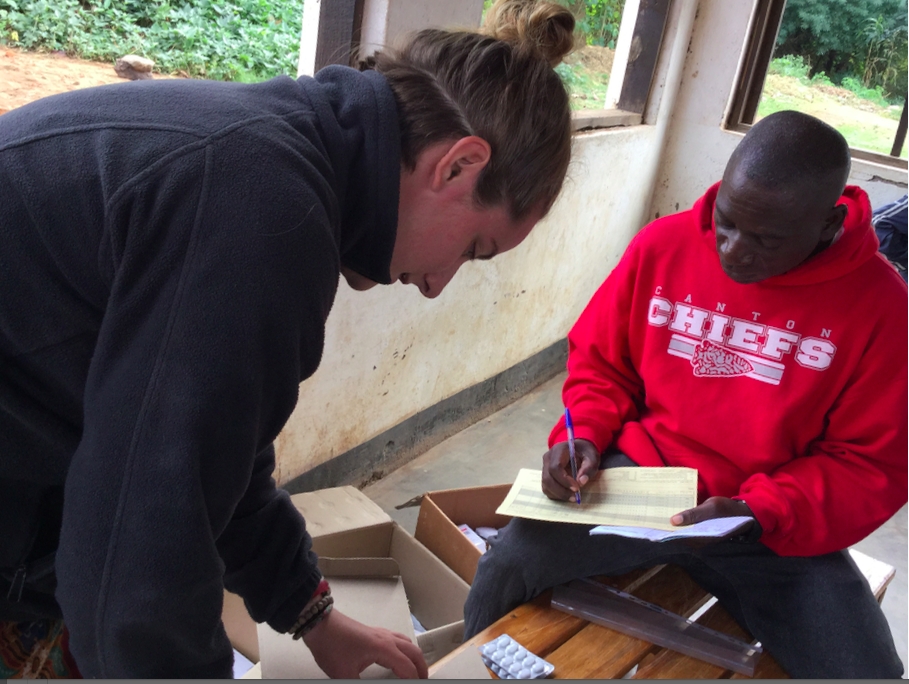 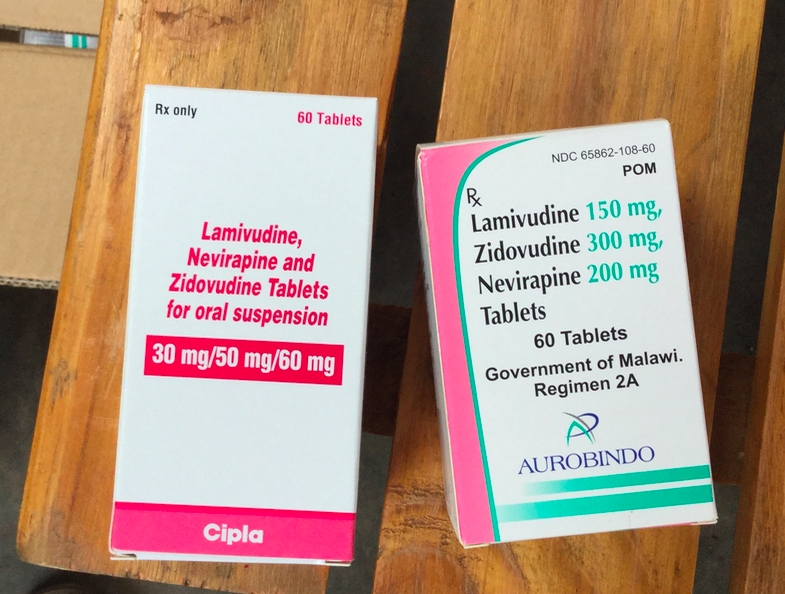 2- Social Interaction. This is the main event. After the medical stuff is done, Brave enthusiastically leads these kids through song, dance and a variety of games. The kids laugh and smile like any other child would. The parents stand at the side watching for the hour or so, much I like did from the stands watching my kids play hockey  for years in Canada. One beautiful 10 year old girl took a particular liking to me early and constantly looked over to see what I was doing. She was just lovely and gave me a big hug at the end. 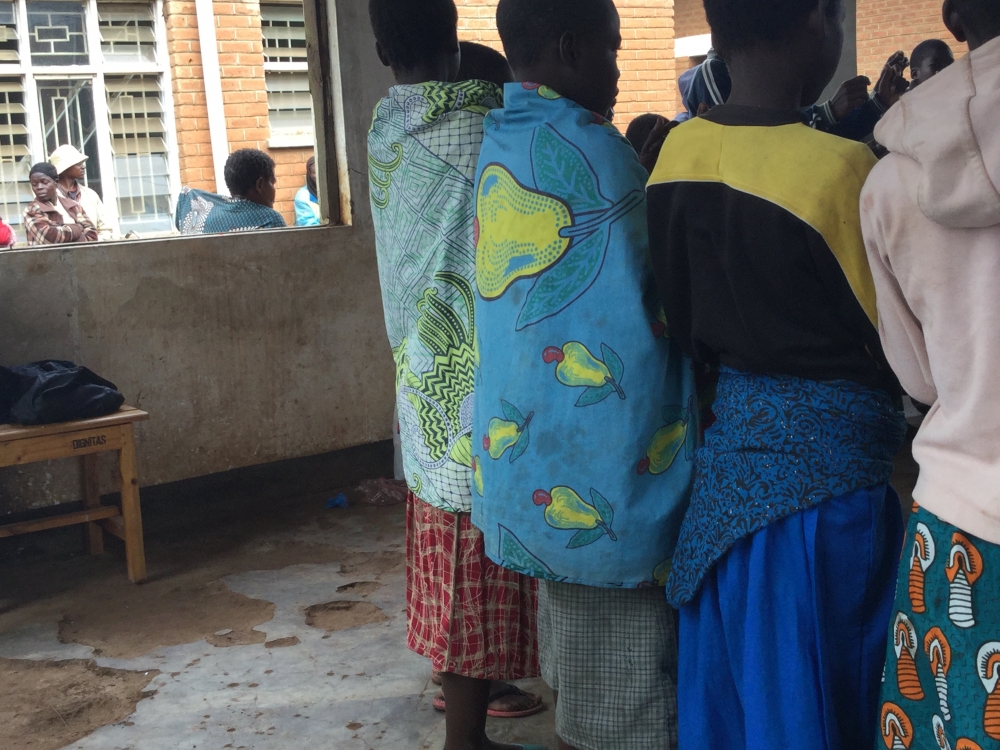 3. Education. Today’s lesson was on the importance of good nutrition. Every child is weighed and Body Mass Index calculated and logged 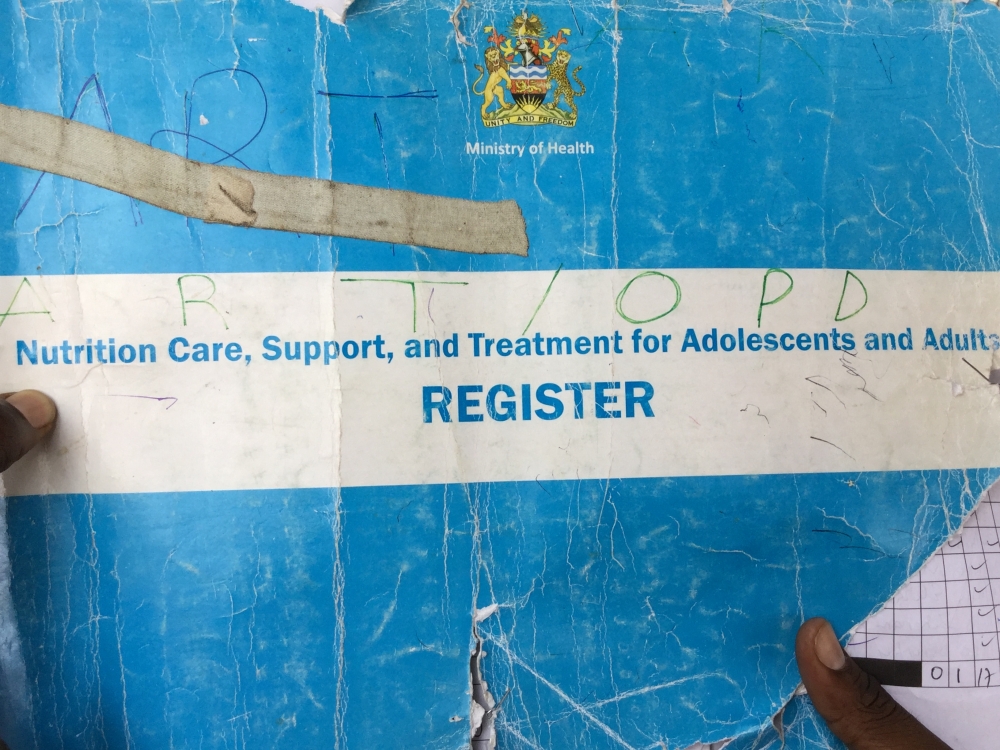 As many know during the Toronto Raptors playoff run they gave out coordinated T-shirts to all the fans. I was able to go to several games. Those t-shirts came with me and served as game prizes.  Brave later told me the kids were wondering if I will come back again with more T-shirts some day. 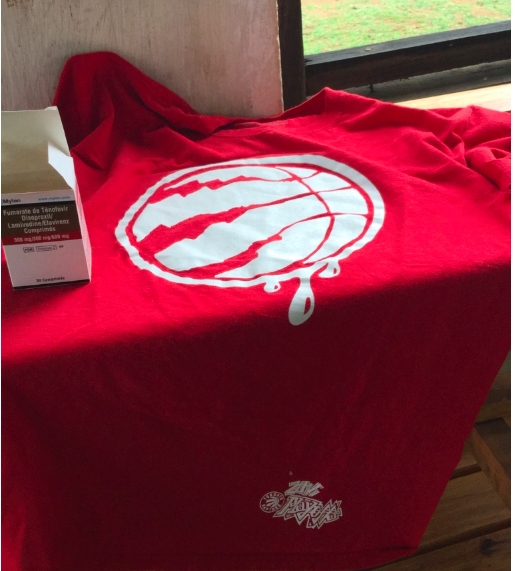 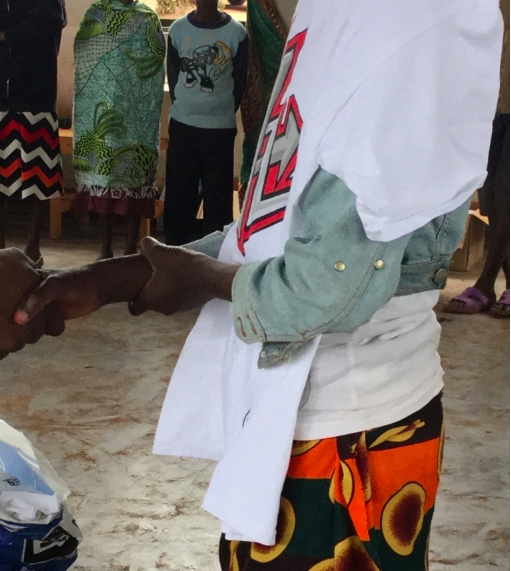 I asked Brave whether given the success of the maternal to newborn prevention program with transmission rates now approaching the west, whether this clinical could be rendered obsolete in 12-15 years as today's HIV negative babies grow up. Sadly the answer while hopeful still is no. Addressing cultural practices, needle usage in ceremonies and other factors at a village level still is difficult to penetrate. Again, the underpinning of any successful medical outcome hinges on good primary care focusing on education and prevention. I am learning that as I explore the surgical side of healthcare here in Malawi too. It is still a long road but the goal remains still to see an HIV free generation.

You may be wondering why I did not show clearer pictures of these beautiful happy kids. Despite the very rural, seemingly anonymous location of where I was I felt that I must afford these children the same privacy standards that we enjoy in the west.

This one really puts a lump in my throat Rajiv.
And your absence of patient photos so appropriate.

This is an amazing sharing of your experience and your medical gift. It is life changing to come from our world into their world. I love all the stories and pictures. Thank you!

Brave is quite the spoke person he explain things very well.He seems dedicated to the cause as well as caring

Thanks so much Rajiv for sharing this incredible experience. I'm sure it has been life changing for you. Jay and I have both ready your daily posts with interest. Thanks for taking the time and have a safe trip home.

These posts have been so interesting Rajiv. What a wonderful thing for you to undertake. Safe journey back.

Amazing and insightful stories.Thanks for the reality tour.Safe journies .Be well.
Stan

I've been reading all of your posts and continue to feel so moved by the stories of triumphs and challenges. This story is particularly moving as I see the strength and sense of belonging that these young people offer one another. Maybe some of the kids will be be a part of the change that improves the likelihood of obliterating the staggering rates of HIV in the generations to come. I remain hopeful and send Love and Light their way!💖