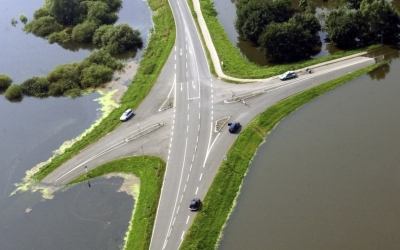 News came on Thursday that the comprehensive negotiations between the Ontario Ministry of Health and Long-term Care and the Ontario Medical Association had come to a halt. On the surface these were negotiations to facilitate a new physicians’ payment agreement. In actuality, Ontario physicians have been working without such an agreement since April 2014.

I am certainly not in a position to comment on the complex nature of the discussion. There are many talented people on both sides with a clearer grasp of the issues and the fiscal reality in Ontario than me.  As a surgeon, my primary goal remains to try and continue to deliver care to my patients based on the best practice and evidence from around the world. We have a tremendous system but on its current course it is not sustainable.

Of course, the dilemma is that there is no new money to pay for the growing costs of health care. Our governments are still running annual budget deficits, which of course further contribute to a rising debt. I am not sure I see any way out, particularly given that our resource based Canadian economy is going sideways and manufacturing in Ontario stalled a long time ago. However, undermining capacity and potentially driving talent away is not an answer.

I passionately believe we need to preserve universal access to healthcare. A thoughtful discussion on what that actually means and how we do that is sorely lacking. Most doctors just want to care for patients to the best of their abilities.  I don’t want to invoice a patient or give an opinion for a surgical procedure that generates any revenue for a corporation; factors that have complicated the US system. To advance the dialogue in Ontario moving ahead will take some honesty from all stakeholders. Glib pronouncements from the ministry about fat-salaried physicians serve little purpose in advancing the debate.

The retail politics on display Thursday night as talks died were predictable but still disheartening. It is also a disingenuous portrayal of government as champion of the taxpayer. If the public realized how inefficiently some of their tax dollars are being currently used in Canada they might be appalled. It takes over $500,000 to train a specialist in the hope of contributing ultimately to the care of Ontarians. Yet at the end of training, many leave Ontario and even the country. Despite a previous government’s promise to fix healthcare for a generation, waitlists are still too long. Surgeons remain trained and available but cannot obtain hospital privileges to perform surgery due to inadequate access to the OR. An earlier response to fix wait times by boosting medical school enrolment (also at cost to taxpayers) has added to this manpower mismatch. Inadequate access to drug coverage leaves some ‘taxpayers’ unable to fill their prescriptions.   All of these issues and many more need to be thoughtfully addressed before anyone can claim to be a champion of public health care.

Every hospital has increasingly come to rely on philanthropy to try and ensure some level of modernity and excellence. Canadians gave a combined $2.1billion to hospitals and the health sector in 2010.  Every gift (from the private sector) has always been appreciated but now is increasingly relied upon.   Our ‘public’ system is now fraying at the edges. We need to encourage hospitals to work together where they share common resources to scale their delivery of services and run more efficiently. Having a discussion around how to incorporate new services such as telemedicine and email into the remunerative structure would also be worthwhile.

Health care in Ontario is still world-class and worth trying to preserve. World renowned thought-leaders in many disciplines work in this province.  We need to have a sophisticated and honest discussion on how to move forward without political pandering. Having the courage to look beyond election cycles for fundamental solutions and possibly novel sources of revenue is what is needed. Our hospital leaders have done a nice job of extracting efficiencies to cope but cannot do much more with annual 0% increases in their budgets. Propagating the false message to the public that all is well if it wasn’t for one selfish group will only make the failure of the system that much more difficult to comprehend when it eventually and inevitably happens.

We all deserve better. Elevate the debate.